On the morning of December 23, 2014, the hubs surprised me and fiancé was officially added to my life resumé!  Marriage or not, I knew I wanted to share my one go on this planet with this guy, but him proposing was everything.  The hubs had asked me months before about metal preference, diamond shapes, etc., but I had no idea when he was actually going to hit a knee and ask me an important question.  We were flying back home to Ohio to spend Christmas with his family and I remember I was rushing to get breakfast made in time to get out the door for spin class.  While mixing up the eggs I heard a thump on the hardwood floor and when I looked behind me, there he was, down on one knee asking me if I would have breakfast with him for the rest of our lives.  I was never much of a crier, but that was the only response I had in me at 7am.  After hugging it out and waking up our boy, I finally realized how stunning the ring was!  Keeping true to the morning plan, off to spin I went to experience one of two spin classes in my life where in one song I was incredibly happy with unusual amounts of energy to the next song I was wiping sweat and tears from my face.  (Note: I’m addicted to spin so I will do a whole health post about that soon.)

As a couple who shares a life and home together for some time, people start to repeatedly ask, “when is he going to propose?”.  This was always so funny to me… “Ummm, I’ll let you know when I know.”  Because of this, I didn’t want to just do a social media post… I wanted to surprise as many of our friends as we could before the word got out.  The hubs and I had a lot of fun with this and it was super special for us to keep reliving and telling the proposal story over and over again.  We would always collaborate on our surprise approach before meeting up with friends and it always involved me keeping my left hand hidden or the ring covered by his or my hand… Makes me smile thinking back to those giggly moments.  The best surprise we pulled off included one of my soul sisters and her husband.  Our travel schedules continued to conflict so it was about 3-4 weeks after the actual proposal that the four of us made dinner plans.  Now, she is not a nosy person, but because we tend to get excited about each other’s lives, she innocently tricked our other soul sister in to eluding to the engagement.  Once I received word of this, I innocently wanted to trick her back.  The day of our dinner plans I took my ring off to reduce my proud new indentation and when it was time to head to their house for dinner, my ring was securely placed in my pant pocket.  As the gracious hostess that she is, she opened the door with a big smile and I quickly saw her eyes move to my left hand.  As quickly as her eyes moved down, they were back up looking into mine with confusion.  I kept up the act by smiling, giving her a big hug and walking into her home as if nothing was different.  When entering the kitchen I saw that she had champagne glasses out, which made the setup so much more perfect.  We continued to act normal and I could see her trying to process her confusion while casually replacing two of the glasses… Now I was confused.  When the guys left the room, she jumped on the opportunity and said, “okay, I’m confused… What is going on? Are you guys engaged or not?”.  I could barely keep the smile off my face and just showed her my hand and said, “there’s no ring there, is there?”.  Her response was nothing short of a caring sister who just wanted me to be asked the lingering question.  When the guys joined us again, the hubs asked what the champagne glasses were for (I loved that he picked up on this detail and called it out) and her husband covered for his loving wife to explain it was to celebrate the new year (the four of us didn’t get to spend New Year’s together).  I excused myself to the restroom, placed my ring back on it’s rightful finger, and when I returned, I grabbed my champagne filled glass with my left hand facing my girl and toasted to an amazing year… She lost it.  Biggest smile I could have had on my face to see her genuine reaction of excitement.  She then told me that she had “Mr. and Mrs.” champagne glasses out, which she replaced before we could see them. 2015 was filled with a lot of fun and special moments like this one. 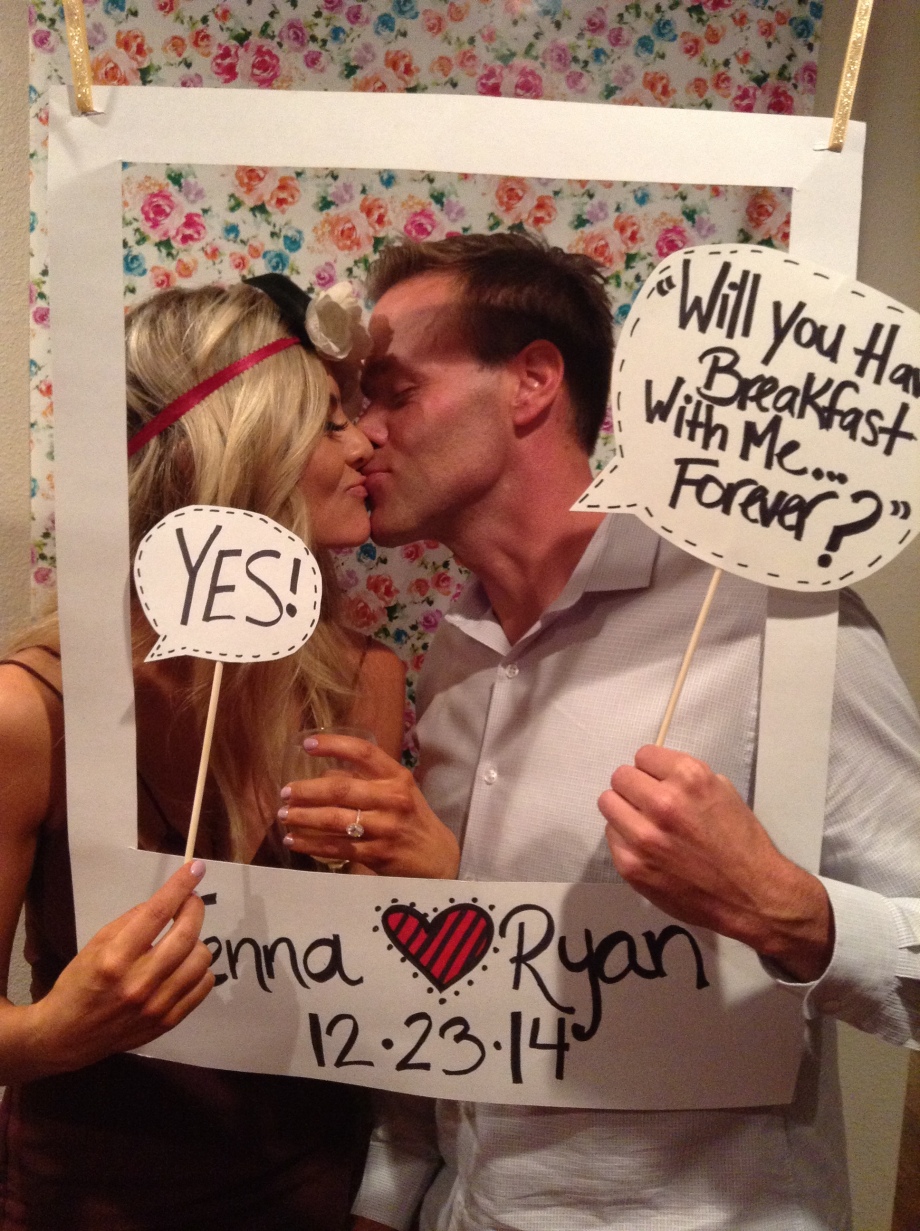